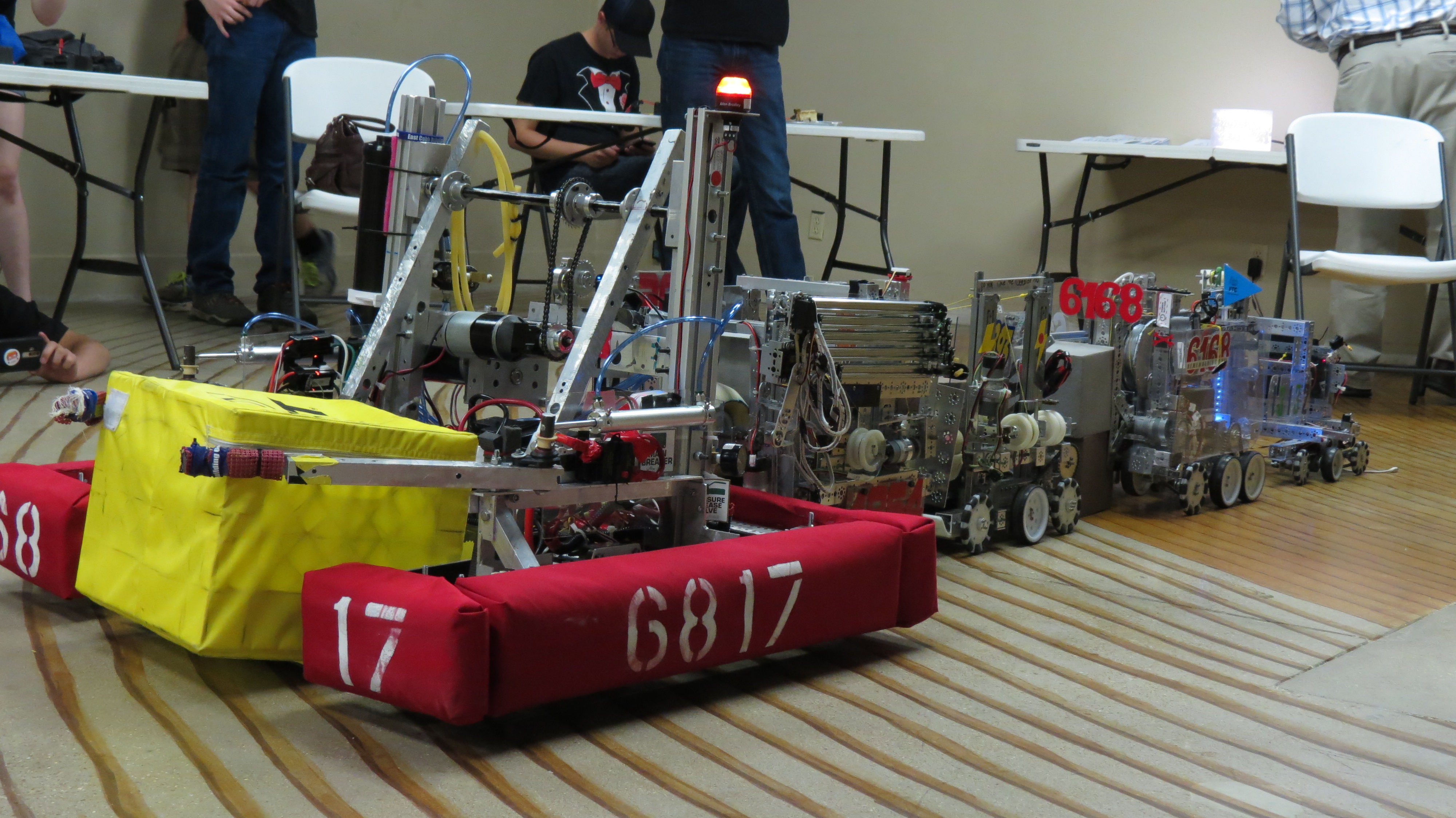 On May 1st the Rolla Robotics FIRST Tech Challenge and FIRST Robotics Teams thanked their sponsors at an event at the Kaleidoscope Discovery Center.  Over a hundred students, parents, mentors and sponsors were in attendance at this drop-in event.
So many times our community generously makes donations but doesn’t really have a chance to see the students present or the robots that they build.  The Rolla Robotics program grew from one FLL team seven years ago  to now four FTC teams and the first FRC team in the area.  Leigh Ann Tumbrink and Dr. Aaron Zalis were on hand to congratulate the team and share their Bulldog Pride!
Over the past years, teams from Rolla Robotics have competed at the WORLD competition numerous times.  This year both the Rolla Patriots and the rookie Ten Factorial earned the coveted opportunity to compete at the World Competition in Houston.
Team leaders were given the opportunity to thank the robotics sponsors and demonstrate their gracious professionalism.
Although the teams take a break from competition this summer, they are at the Robotics Shop helping with camps and preparing for the next tournament year.  Interviews will be held in August to fill open slots from graduating seniors.  Join the fun!